Lisa, a member of the South Korean girl group BLACKPINK, debuted for PRADA for their WomensWear FW20 collection at the Milan Fashion Week on February 20th, 2020. She appeared dressed in a PRADA SS20 look featuring a golden-layered slim-fitting leather jacket coupled with a midi A-line skirt of a similar sort. Her bag also matched with the material of her two-piece outfit alongside dark platformed footwear and short black socks. Lisa's button-up leather jacket features enlarged whited turn-down collars as a feature that differs from the rest of her golden visuals, in addition to the jacket's large, off-white buttons. The golden laminate on both her jacket and skirt has an aged leather texture, depicting a more mature and sophisticated aura, fittingly mirrored by Lisa's composure in her very presence. British Vogue speaks about Lisa's choice of outfit color for her attendance at the fashion week:

“The reason that I chose this is because I have just dyed my hair black and so I wanted to make it different,” [regarding the contrast between her recently dyed hair color and distinct golden PRADA outfit] 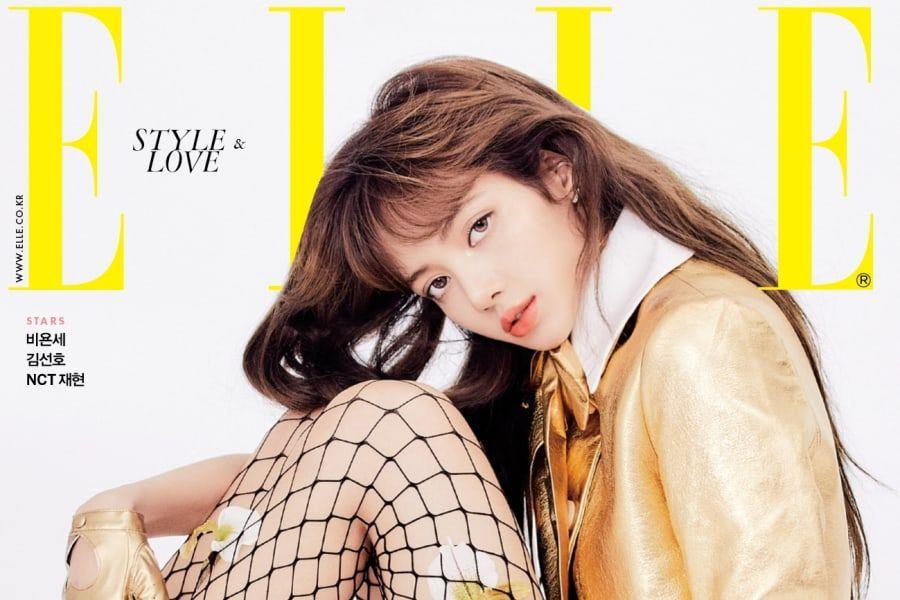 The photoshoot for ELLE was followed up by a themed interview in which Lisa conveys finding happiness in little things, after which she was gifted a toy parrot that successfully repeated after her. The clip below became popular for the said interview activity.

To conclude, BLACKPINK's Lisa portrayed a unique outfit to Milan Fashion Week, bringing her to the attention of many. PRADA's fall collection was an additional opportunity for Lisa to illustrate her personality through fashion to PRADA's existing audience, complimentary to her social media takeover of the brand in which she took its viewers on the train of thought behind her outfit. If you are interested in similar items of clothing as described above, please scroll down the to 'Related Products' section of this article, or take a look at our product catalog.